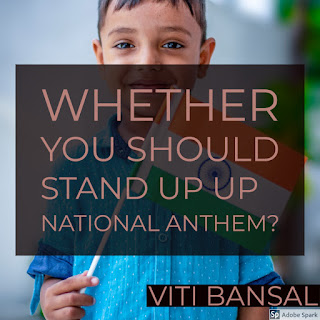 Patriotism in India fosters a serious debate regarding its characterisation. Anyone who does not agree with the views of the majority is often branded as a traitor. The recent viral video of some movie-goers in Bengaluru being hounded for their refusal to stand during the playing of the national anthem before the screening of the movie, brings to the fore this dilemma on patriotic ideals. People tend to forget that it takes a diverse set of individuals to form a nation. Such a militant patriotic response to a varying understanding of “patriotism” stands against the very core of democracy. In this light, it becomes apposite to delve into whether or not it is mandatory to stand-up during the playing of the National Anthem in a movie-hall. We shall here attempt to answer the question from a legal standpoint.