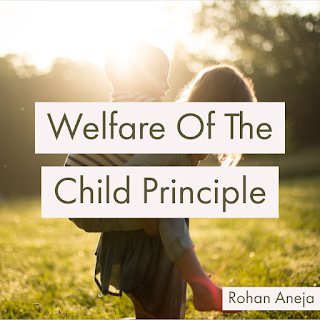 Whether the case is that of divorce or separation, one of the most important things to be considered, by both the parents and the courts, is the “best interests of the child.”