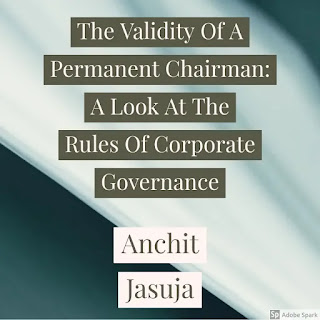 In small private companies, it is not unusual to see that the articles of association provide that one person, usually the promoter, is to have permanent management or administrative position. This leaves the shareholders and the board of directors without many options when they are aggrieved by the actions of such a person.