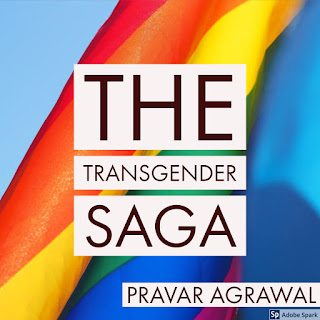 Historical Background of The Transgender Community.

Every other transgender is entitled to live and be included in his family. If the immediate family can not care for the transgender individual, on the instructions of a qualified tribunal, the individual may be put in a rehabilitation center.
Health Care
The state must take measures to provide transgender people with health services including distinct HIV surveillance centers and surgeries for sex reassignment. The government will review and provide extensive medical insurance schemes to tackle transgender people’s health problems.
Education
Educational institutions financed or recognized by the appropriate government shall provide transgender, without discrimination, inclusive education, sports, and recreational facilities.
Employment
In employment matters, including recruitment and advancement, no government or private entity can discriminate against a transgender individual. Each institution must appoint an individual as a complaint officer to handle complaints related to the Act.
The Certificate of Identity
A transgender individual must apply to the District Magistrate, who will issue the transgender person a certificate of identity. This certificate will essentially be evidence that the individual is a transgender, reflecting their gender as “transgender”. Subsequently, the person’s gender will be registered in all formal papers as reflected in the certificate. Such an application will be made in the case of a minor child by the child’s parent or guardian. A transgender person will only qualify for a revised certificate if they undergo surgery to change their sex.
Welfare and Measures by Government.
The Bill says that the appropriate government will take steps to guarantee that transgender people are fully included and participated in society. It also needs to take measures to rescue and rehabilitate them, provide vocational training and self-employment, establish transgender sensitive schemes and encourage their involvement in cultural operations.
National Council for Transgender People
In order to exercise the provisions and functions of the Transgender Persons (Protection of Rights) Act, 2019, the Central Government will set up the National Council for Transgender Persons (NCT), on appointment. This body will consist of the Union Minister for Social Justice (Chairperson), a Minister of State for Social Justice (Vice-Chairperson), a Secretary of the Ministry of Social Justice, and one representative each from ministries including Health, Home Affairs, and Human Resources Development. It will also include representatives of the NITI Aayog and the National Human Rights Commission, along with five transgender community members and five NGO specialists. This body will recommend to monitor and review the central government’s policies and schemes for transgender people.
Criticism Of The Bill
“The initial Bill had 27 amendments and we approved most of them. In the 16th Lok Sabha, too, the Bill was enacted. But the House was dissolved before it could reach the Rajya Sabha. Minister Thawarchand Gehlot introduced the Bill in the Lok Sabha on July 19,2019. In response to suggestions and questions on the Transgender Persons (Protection of Rights) Bill 2019, Minister of State for Social Justice Rattan Lal Kataria said the bill provides for the establishment of a domestic agency to protect transgender rights. The government had a severe problem before it and this Bill was drafted after debates and consultations with specialist committees. However, India’s transgender community has vehemently opposed the Bill, with activists calling the community a ‘Gender Justice Murder Day.’ “The Bill is equivalent to murdering trans people. The government is supposed to draft legislation and schemes for the individuals, but this law is completely against the individuals,” said TNM activist Grace Banu.
The Bill is silent about giving transgender people reservations. For organized begging, the bill has prescribed punishments. The Bill, however, does not provide for better conditioning in those fields, it does not provide for reservation. The Transgender Bill does not mention any punishments for rape or sexual assault of transgender persons as according to Sections 375 and 376 of the Indian Penal Code, rape is only when a man forcefully enters a woman.
Conclusion
According to the census report 2011, there are around 4.80 lakh people who are identified as transgender, though the supreme court has given the identity (as the third gender) to them and after many efforts from the activists and leaders, the supreme court unanimously decriminalized section 377 which became an elixir to these people. Despite the judgment of the apex court, seeing a transgender individual working in the mainstream job is a rare occurrence, or hiring homes in secure neighborhoods’. With the additional burden of having a law that can be used to make their life hard, transgender individuals are carrying on them the greatest burden of the law. transgender community faced many barriers in British colonial laws. But now the state has introduced many policies and schemes to safeguard the transgender groups. Through this transgender community’s social-economic status will be created. The Transgender Bill is yet to become a statute, but once it does, it will be a enormous correction of historical mistakes. However, it will be a tiny move in the correct direction, because we understand only too well how often, despite the presence of solid legislation, ground-level realities will change forever. With civil society organizations working tirelessly and queer rights activists working literally round the clock, there is hope that it will be a strength to strength movement.