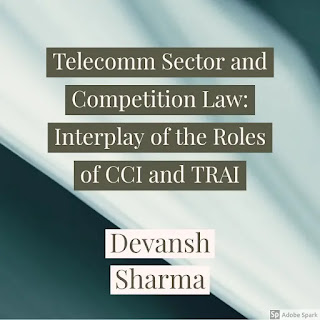 From the stage of monopolies to the stage of the competition, the telecom sector is rapidly developing. As far as economical growth is concerned, it is one of the fastest-growing sectors. It involves the significant intervention of innovation and competition and because of this reason, the questions arise regarding the role and function of the telecom and competition authorities in the cases of concurrent issues.