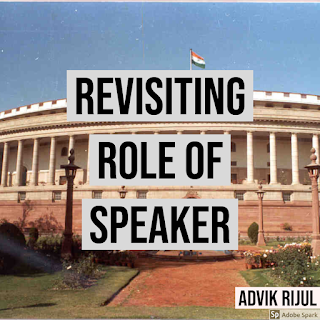 Defection i.e. changing of parties post-election has been a huge issue faced by the Indian political landscape even though it has reduced significantly post the 1985 amendment. However, still, a lot is left to be done. In this regard, it is pertinent to look at the scope of judicial review of the Speaker’s decision as a tussle between the Legislature and Judiciary and has been ongoing for quite some time. The role of the Speaker cannot be understood completely without taking into account the significant role played by the judiciary in this regard.