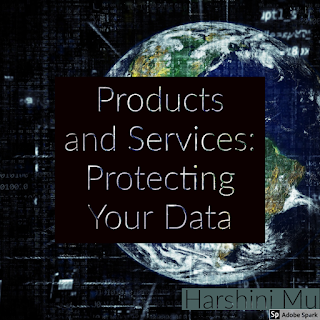 The words of George Bernard Shaw that, “there is no sincere love than the love of food” is unfeigned. People around the world have embraced various new cuisines. The inception of LPG (Liberalization, Privatization, and Globalization) is a precursor to the establishments and growth of a chain of global restaurants and multi-cuisine restaurants. This evidently corroborates the aforementioned statements. For instance, in India, there is a substantial population belonging to the age-groups of children, teenagers, young adults, and early middle-aged people who are quite gravitated towards the delectable western cuisines, like pizzas, burgers, etc. which is perceptible by the packed restaurants.

But, the love for food is not exclusively singular; rather it is accompanied by a strong desire to remain fit. And staying fit in today’s parlance means being slim. In the present day, there is very mild reciprocality between food and fitness because the food that we consume is predominantly greased with unhealthy substances, like trans-fats, etc. There is in-built psychology prevalent among people that constantly remind them that even the slightest indication or gentlest tinge of non-homemade foods or weight-gaining foods are a potential hindrance to their fitness. Hence, it can be inferred that there is a general perception among people that their body-mass is somehow tied to their self-worth.
Previously, there was a cause-and-effect relationship between health and sickness, i.e., when you get sick, you look after your health. But now there has been a shift in this attitude which is applauding-worthy. This step is progressive as it is more inclined towards the definition of health given by the World Health Organization (WHO), i.e., “health is a state of complete physical, mental, and social well-being and not merely the absence of disease or infirmity”. People seek the aid of technology-driven apps, like fitness apps to assist them in being fit.
There are several apps out there regarding fitness with features that assist consumers in a much-personalized manner. And since most of the apps can be downloaded for free, consumers download several of such apps in their phones. There are concerns regarding the over-reliance upon such apps. The concerns have been categorized into the following points,
One, the information is not accurate.
For example, I have experimented using two free step-counting apps, namely Pacer and Walk for Weight-Loss. Both of these apps show different figures for the same number of steps. This can be quite disappointing. Some might wonder that getting the same app on the premium would be accurate. But there are several studies that disprove the previous statement. It has been found that there exists no correlation between cost and quality. The impact of inaccuracies of fitness apps is less fatal compared to the other medical apps available, like predicting heart-attacks, detecting blood sugar level, blood pressures, etc. For instance, eczema, which is a condition where patches of skin become inflamed, itchy, red, cracked and rough. At present, there is no cure for eczema, thus self-care is the only solution. There are self-management apps designed for eczema patients, but a majority of them provide false and misleading information. And acting further upon the latter piece of information can be menacing.
Two, there is a correlation among people having eating-disorder and using fitness apps, like, calorie counter, etc. Eating disorder brings about other issues which affect the capacity of the individuals both physically and intellectually. This is reflected by the regressive development of a State which is in consequence to the not fully participative citizens. It is significant to understand that there exists an interdependent relationship between the State and its citizens. The welfare of the citizens evinces the welfare of the State. Thus, it is the responsibility of the State to ensure the progress of fully potential individuals for the prosperousness of the individual, the family, the community, and the country as a whole.
Three, the issue which is most unnerving is that most of the apps are just a mechanism to obtain data, which is otherwise called as data harvesters. There is an average of four serious violations of privacy. These are access to call lists, browser history, contacts, and images, etc. The range is staggering. This brings us to deduce that the ultimate purpose of such apps is to act as data brokers to big firms, which the latter uses for marketing.
Though there are terms and conditions that an individual has to agree to before downloading the app, the lengthy content which presents a dull language makes the user ignore reading it and directly proceed to download the app by a simple click on the “agree to terms and conditions” checklist. People do not think before downloading such apps. Why would they if it comes for free? But, these apps cost their right to privacy, a fundamental right that every person is entitled to. It is also premature to jump into the conclusion that people do not do basic research before downloading apps. They do. It is based on the users rating, likes, and reviews. However, such preliminary research cannot be relied upon because the user ratings can be purchased.
Ultimately, the consumers fall prey to digital tricks. The wisdom of the crowd is being drowned out by the clamor of commerce. Hence, it is upon the State to be responsible to protect the consumers. Only when there are a set of regulations established any meaning can be attributed to the phrase “caveat buyer” (or here, caveat downloader). So here are half a dozen vital checklists that should be adopted before an app is out there in the public domain.
A huge reliance on apps can be quite fatal as discussed above. Thereby, a checklist upon the entry and working of apps can to some extent filter out the misleading apps. This could potentially empower the customers in decision making. A non-regulated digital environment is like that of anarchy, the consequence of which is confusion. Whereas, a regulated environment brings about stability and is towards the positive welfare of the groups involved. However, the regulation should not be too extreme. The State should decipher the right amount of regulation that is needed to secure the interests of every entity involved.