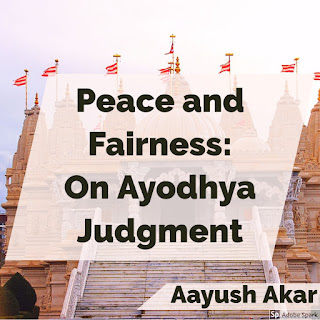 It is known to everyone that Ayodhya Ram Janmabhoomi dispute was only a political not the legal dispute in the state of Uttar Pradesh. This political dispute over 2.77acres of land had disturbed tranquillity in the Indian society which resulted to matter reached to court. The issues revolve around the control of a site traditionally considered by the Hindus to be the birthplace of their deity Rama, the history and location of the Babri Masjid at the site, and whether the previous Hindu temple was demolished or modified to create a mosque.