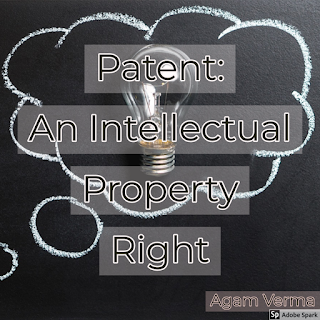 On 1st June 2019, the Ministry of Commerce and Industry and the Department of Promotion of Industry and Internal Trade (DPIIT) published a draft of the amended Patent Rules, 2019. The draft patent rules, 2019 proposes amendments to sub-rules 2 and 3 of rule 21 and sub-rule 2 of rule 131. While rule 21 deals with filing of priority documents, rule 131 deals with the submission of statement of working of patents.
A better and secure intellectual property system provides a country to raise standards in a way of economic stability or the social or cultural development, on the other hand, patent defines as
A right which is given to the owner/inventor of a good or of a process, which offers a new technical solution to the problem granted to him/her by the patent licensing authority.
A patent provides ownership right which is about 20 years, once the patent is expired it can not be renewed and that patent can be used by the normal public as it will be accessible in the public domain. The patent provides protection towards his/her invention which can not be used as commercially, distributed, sold purposes without the patent owner’s consent. Rights which have been granted to the patent owner is given by the courts, in any case of wrongfully use, the patent owner can file a case of infringement before the court. Even if the third party claims and proves that the patent has some kind of ambiguity, the court can declare patent as invalid.
Registration of patent is granted at both the levels national or international, at the national level patent is given by the national patent office or by the regional office which carries examination work for a group of countries, example of such offices are European Patent Office (EPO), African intellectual property organization (OAPI). In the regional country system patent owner requests in which of all countries he would like to secure his patent and its the country call whether to provide protection in their territory or not. The WIPO states a new and secure, reliable, and easily accessible system on the international level, administered patent cooperation treaty (PCT) which provides a single international patent application which has the same effect as a national application filed in designated countries.
Inventions Which Are Patentable
1. The invention must be in five statutory classes
2. The invention must be  “useful”
3. The invention must be “novel”
4. The invention must be “nonobvious’
Inventions Which Are Not Patentable
According to the patent act 1970, these inventions were not be patented:
Types of Patents
Basically, there are three types of inventions which can be patented
Filing To registration of Patents in India
1. Obtaining of patent
2. Formality check
3. Request for publication by filling form 9 of the patent act,1970
4. Request for examination by filling form 18 of the patent act 1970
5. Examination by the controller; the controller gives the examination report and makes a second level assessment of invention.
6. After the acceptance, your patent comes inside the invention registry.
In the last 2 years, the IPO grants the patent in 7 months of the time period which earlier took about 18 months of time.
Fee Structure For Registration of A Patent