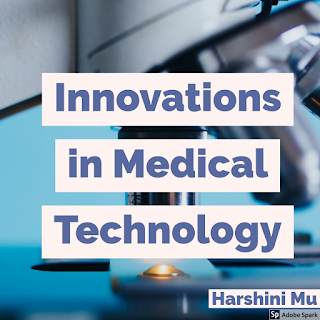 The life of an individual is not a singular experience. It is a closely-knit system with family, friends, and loved ones. So, if any unforeseen circumstance befalls on the individual, all of them are equally affected. One crucial component is the health of the individual.

I would substantiate it with an example of my neighbour. She was a thirty-five years old young lady, who lived with her husband and her two young sons of age thirteen and ten. I would always describe her as peripatetic because she did walk a lot, at least five kilometers a day by dropping off and picking up her sons to school. She was an ideal Indian housewife, as they show in Indian television shows. So, she was pretty much engaged in the household chores which can be regarded as physical activity in this case. She was undoubtedly physically fit. And she was also not into unhealthy habits like alcohol consumption, smoking, etc. It can be deduced that she led a free of risk lifestyle. However, she sometimes faced an on-again and off-again mild to intense pain in her body. She consulted a doctor of a reputed hospital but was told that it was an ordinary issue that is faced during early middle-ages by many people, especially women. But, after around eight months, her health worsened. The process of going back and forth with new tests and different doctors describing symptoms, discarding diseases over and over was very disappointing. She was diagnosed with cancer. She was in a critical stage and doctors could not make any promises. Everyone lost their hopes. Her family was not rich to afford the costs that were prescribed. Yet to their satisfaction, they borrowed a lot from formal and informal loan sources and spent every penny they had to bring her back. Unfortunately, she died in two and a half weeks.
This situation might be familiar to many others. There are several others whose lives could have been saved if their condition was detected at an early stage. Perhaps, my neighbor would have lived on to watch her sons grow and enjoy other fantasies of life. However, now in the era of incessantly developing technology, there has been and there are a lot of innovations that are going on in the field of medicine.
A significant section of the population is now able to avail the medicines at a lower cost because of the emergence and growth of biosimilars, generic medicines, bio-betters, etc. However, the procedures and processes for diagnosis are still antique. The latter stage is of utmost significance because if any disease detected at an early stage, then immediate precautionary steps can be taken to alleviate the situation before it worsens and deprives the life of the individual. There are many teams working with the assistance of various experts like the pharmacists, doctors in that field of expertise, data scientists, AI specialists, computer engineers, etc. towards innovations in the procedures and processes in the treatment of various diseases known and unknown.
For instance, the huge investments are made in computer vision which is of immense significance to early detection and diagnosis of any kind of tumors in the body of an individual. This enables both efficiency and lowering costs. For example, Pratik Shah, an AI developer has with the aid of unorthodox AI approach developed a technology that required as few as fifty images in contrast to tens of thousands of expensive medical images to detect patient’s disease. There is also a huge possibility of using the photos taken on smartphones to provide a diagnosis. It can further be developed to incorporate all sorts of screenings done at home for free and at a much higher frequency and in a totally safe way.
There is also a study conducted on the precise application of microRNAs, a highly potential biomarker for early cancer detection. Cancer is a disease of altered or uncontrolled gene expression. Unlike DNAs which are fixed, microRNAs can vary depending upon both the internal and external environment conditions at any given time. It can provide us with information which can tell which genes are actively expressed at that particular moment. The specific patterns exhibited reveal the kind of cancer that an individual has or might have. The process requires the art of molecular biology, a 3-D printer device, and data science to try to tackle one of the hardest challenge, i.e., the battle of cancer that an individual and his/her close ones have to face.
After detection comes the obligation to remove the tumors, if any found. The constant development in the areas of bio-chemistry, robotics, and nanotechnology, etc. eases the arduous task that lies before the doctors. The nanoparticle can swim around through the body like a little robot. And it can find diseased tissue. The reasoning behind this is that the tumors grow very quickly and the blood vessels that feed those grow very haphazardly and become leaky. Hence, they are permeable. The nanoparticles that are sent through the body do not go through normal blood vessels as they are bounced off. They enter the tumour tissues and deliver the therapeutic there. The nanotechnology that is being researched upon vigorously is about targeted nanoparticles. Once this is quite established then the whole standpoint of cancer would not seem as dangerous as it is seen now. It ensures an infinite ray of hope among those who have to deal with such a disease.
These are only a few of the several innovations that have been discussed. There are a lot of smart and hardworking people out there who contribute towards making the world a better place to live in. If the innovations set-forth well, then there will be prospects for lower costs, higher accuracy, etc. A well-founded approach to make this happen is the vital need for public-private partnership, i.e. cooperation between the State and the private entities working on such innovative projects. The inclusion of the State in such activities ensures the protection and safety of the people for whom the whole activity is carried on and the private sector paves way for competitiveness which eliminates monopoly and enhances efficiency and effectiveness. This installs and enhances happiness in one’s life and his or her close ones.