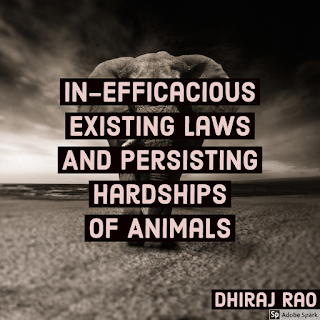 Animal rights are the idea that the interest of animals should be afforded with the same interest as that of human beings. The history of animal rights can be traced back to the time of Ashoka who banned the killing of animals in his regions. Animals from the inception have been symbols of epitome in many areas like courage, patience, hard work, etc. But as society advanced we became more and more insensitive towards the welfare of other species existing on this planet.