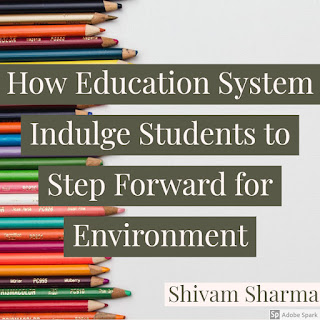 We have to take immediate steps like this for our Environment Protection and Development by indulging Students through our Education system because if they don’t understand the value of Environment in Present then there is No Environment to use for them in Future. So, our Government and us, we all have to protect and improve our Environment.