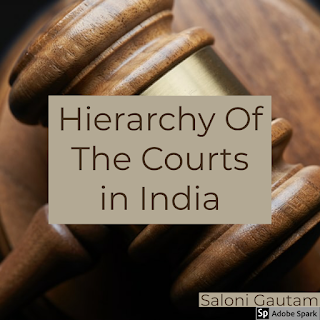 There is a general classification in which there are two types of courts:-