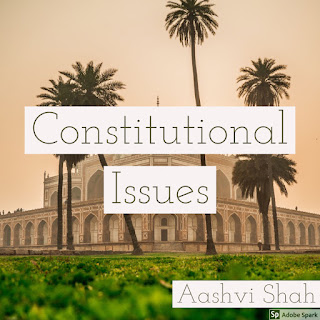 The Constitution of India is the Supreme Law of India at present there are 448 articles in 25 parts, 12 schedules,5 appendices and 101 amendments in the Indian Constitution. Initially in 1949, the Constitution had 395 articles. But many have come into play and we total have now 469 articles. Two major problems faced by the committee. First there was a fear of the National Government with too much power. Second was the fear that some states would have more power in the new government than the other states. The committee chose to set up a weak national government with limited power.

Now we all know that the Indian Constitution is one of the lengthiest Constitution in the world. Talking about the fact what is wrong with Indian Polity, it is that many laws that were made at the time of British rule are still valid in our Constitution. Yes, the laws that were made nearly a decade ago, the laws that are obsolete, are still valid and applicable, according to our Constitution. The British Government made a number of legislations to run the country as per their convenience. The main objectives behind all such legislations were to exploit the resources of India and to stop the rebellions from protesting against such open loot of resources.
Here are some laws that are prevalent since the time of British rule:
These are some of the laws and regulations that need to be updated with time but instead they are still used by the definition they were defined with a century ago. We must realize that the laws become obsolete with time. They hamper the growth and development of the nation as a whole, because change in society with time makes those old laws inapplicable to the current scenarios, which creates loopholes in the Constitution. And it is because of these loopholes that people are able to exploit the conditions in their favour.
Constitutional crises may arise from conflicts between different branches of government, conflicts between central and local governments, or simply conflicts among various factions within society. In the course of government, the crisis results when one or more of the parties to a political dispute willfully chooses to violate a law of the constitution; or to flout an unwritten constitutional convention; or to dispute the correct, legal interpretation of the violated constitutional law or of the flouted political custom. This was demonstrated by the so-called XYZ Affair, which involved the bribery of French officials by a contingent of American commissioners who were sent to preserve peace between France and the United States. The incident was published in the American press and created a foreign policy crisis, which precipitated the passage of the Alien and Sedition Acts. Opposition to these acts in the form of the Virginia and Kentucky Resolutions cited that they violated freedom of speech and exhorted states to refuse their enforcement since they violated the Constitution. Moreover, if the crisis arises because the constitution is legally ambiguous, the ultimate politico-legal resolution usually establishes the legal precedent to resolve future crises of constitutional administration. Such was the case in the United States presidential succession of John Tyler, which established that a successor to the presidency assumes the office without any limitation. Politically, a constitutional crisis can lead to administrative paralysis and eventual collapse of the government, the loss of political legitimacy, or to civil war. A constitutional crisis is distinct from a rebellion, which occurs when political factions outside a government challenge the government’s sovereignty, as in a coup d’état or a revolution led by the military or by civilians.