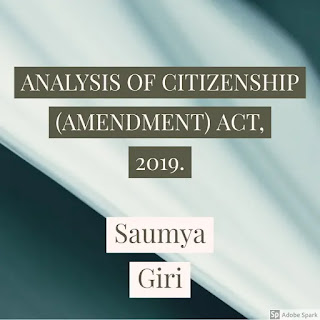 If this monsoon session created history by abrogating controversial Article 370 of the constitution that vanished the special power given to the erstwhile state of Jammu & Kashmir, this Winter Season popped up with one of the most contentious and delicate legislation – Citizenship Amendment Bill, which now, after being passed by both the houses has become an Act.